Erectile Dysfunction Treatment  at the Taylor Medical Group in Atlanta 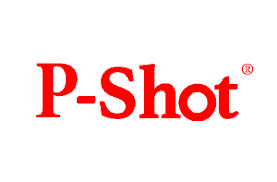 Erectile dysfunction  (ED)  is not uncommon. It is not surprising that with so many stressors in life, many of us have very little desire or energy for sex. We all know that sex can be a great way to reduce stress. The positive feelings associated with sex are largely due to emotional and physical relief caused by the release of endorphins. Unfortunately, chronic psychological and physical stress often reduces our sex drive and ability to perform and enjoy sex. There are many advantages to maintaining a healthy level of sexual activity, which include reducing the incidence of heart attacks, increasing lifespan, maintaining a sense of well-being, and improving one’s quality of life.

According to the American Medical Association,  31% of men in the U.S. suffer from some form of sexual dysfunction. Research studies are beginning to recognize sexual function changes associated with stress. Stress can have tangible effects on our reproductive system. It disrupts sex hormones like testosterone, which can lead to sexual dysfunction and decreased sex drive in men.

When a man is stressed, cortisol, a hormone, is released. Cortisol blocks hormones produced in the pituitary gland that is necessary for sperm production in men.  At the level of the testicle, cortisol suppresses testosterone in men. Cortisol affects reproduction at many levels to decrease the possibility of reproduction during stressful times. The biochemistry of how chronic stress affects a man’s reproductive system is not yet completely understood. However, it is clear that several important body systems are disrupted the result of which can lead to sexual dysfunction and infertility.

Increased sympathetic nervous system and decreased parasympathetic systems function caused by stress lead to decreased blood flow and sensitivity.  Good blood flow and nerve function at important for sexual arousal and in achieving an erection.  Poor blood circulation is associated with aging and cardiovascular disease can lead to erectile dysfunction.

Taylor Medical Group is one of the most experienced medical practices for ED acoustic shockwave therapy in Atlanta. We are one of the first medical clinics trained and certified to perform ED acoustic therapy for erectile dysfunction and male enhancement treatment.  We have performed hundreds of shock wave treatments. Our doctors have worked closely with Dr. Richard Gains, who developed the treatment protocols for soundwave ED treatment.   We offer many cutting-edge therapies such as testosterone replacement pellets and the P shot™.  Eldred B. Taylor, M.D. is a world-renown anti-aging and functional medicine expert on hormone replacement and sexual dysfunction.  To date, he has trained and educated hundreds of physicians and health care providers on male and female hormone replacement therapy and sexual health.

What is Erectile Dysfunction

Prostate disease, trauma, autoimmune diseases,  neurological conditions, nerve damage, depression, hypertension, cardiovascular disease,   high cholesterol, smoking, low testosterone,  diabetes,  chronic pain, and prescriptions can lead to ED.  An even bigger culprit that causes ED is stress.  Chronic psychological and physical stress often reduces a man’s sex drive and ability to perform and enjoy sex.  Men with ED are more likely to have cardiovascular disease and suffer a cardiovascular event.  ED may be a warning symptom that a cardiovascular is present.

In Peyronie’s disease, when the penis becomes erect, the region with the scar tissue doesn’t stretch, and the penis bends or becomes disfigured and possibly painful.

Other factors — including certain health conditions, smoking, and some types of prostate surgery — might be linked to Peyronie’s disease.

Unlike ED drugs, the mildly pulsating waves of the acoustic shockwave male enhancement can both, reduce the scar tissue of Peyronie’s as well as increase blood flow. Therefore, soundwave therapy is a safer, more effective way of treating men with Peyronie’s disease and Erectile Dysfunction. The soundwave male enhancement has been shown to be a drug-free, surgery-free way to break down the scar tissue and reduce the curvature that is typical of Peyronie’s Disease.

What is  Male Enhancement

Male enhancement is a new cutting-edge medical specialty that improves male sexual function and treats conditions like erectile dysfunction and premature ejaculation.   The technology surrounding male enhancement has grown by leaps and bounds.  For decades, researchers have studied treatments similar to shockwave Male Enhancement and ED treatment. These treatments have been used successfully in Europe, where it is known as extracorporeal shockwave therapy (ESWT).  ESWT for ED is still new to the U.S.   We are one of the few leading medical practices to offer this treatment. It is believed that the shockwaves also have the ability to “wake up” dormant stem cells and stimulate the growth of new blood vessels and nerves which can lead to enhanced tissue growth and improved function.*

Depending on your age and medical history, we may combine the acoustic shockwave   treatment  with other  wellness treatments, such as testosterone  pellets, IV chelation therapy, trimix injections, prostaglandin injection, ozone therapy injections, and  the P shot®  to maximize the effectiveness of your treatment.* 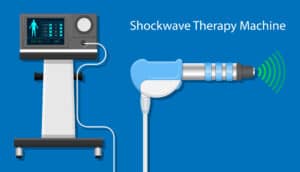 How many treatments will I need?
The number of treatments required for mild to moderate ED is usually 6 treatments to achieve the best results.  Severe ED may require more than 6 treatments.  For male enhancement, the treatment may be used as needed.

What is the cost of the treatment?

How often do I need to get the treatment for it to work?

Two treatments a week over a three-week period are suggested for mild to moderate ED. Severe ED and Peyronie’s Disease may require up to 12 treatments over a six-week period.

Is the treatment painful?

There are no injections or incisions involved.    Topical lidocaine cream is applied 10 minutes before the treatment since some men may be sensitive to acoustic waves.

Are there any medical conditions that would keep me from being a candidate for the treatment?

No. it is safe and effective for men with hypertension, diabetes, post-prostate cancer treatment, and heart disease since it is a localized and non-invasive treatment. There are no medical conditions that limit your ability to receive the treatment.

Are there non-respondents to the treatment?

No, but the number of sessions may vary depending on the severity of your ED and may have to be combined with other therapies.